How Kuldip Singh Chandpuri Lead the Battle of Longewala to Victory

Whenever you call the name Major Kuldip Singh Chandpuri, the Battle of Longewala always comes to your mind. There have been many battles between Indian and Pakistan, but the Longewala war has been one of the remarkable engagements between the two countries where Major Kuldip showed the real patriotism and achieved victory with his limited company of 120 men.

Talking about the battle of longewala casualties, most of the people have heard of heavy casualties from India’s end, but this is a complete myth. According to the data provided by the Indian military, only 2 Indian soldiers were killed. Apart from this 1 anti-tank was also destroyed.

But on the other side, nearly 200 Pakistani soldiers were killed during the Longewala war. Apart from this, 36 tanks and 500+ vehicles were destroyed by the Indian forces. But still, the data is never assured to be 100 percent accurate. Because of that, the battle of longewala controversy always remains on a dice that shows the results based on maximum data available.

Interesting Facts about Battle of Longewala

Some Rare Images of Longewala War 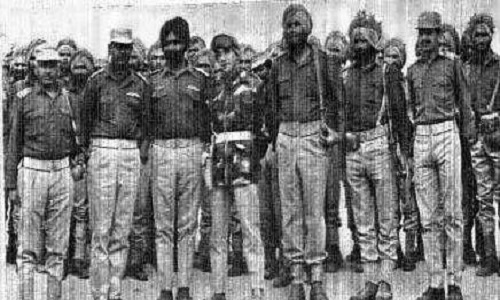 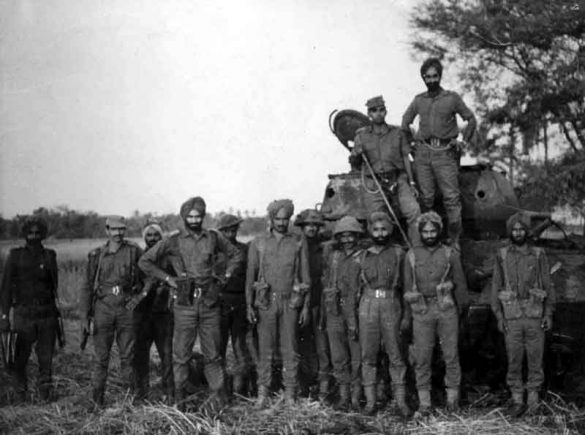 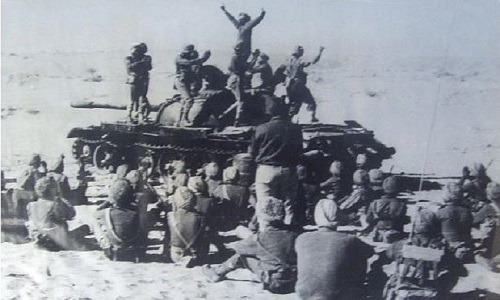 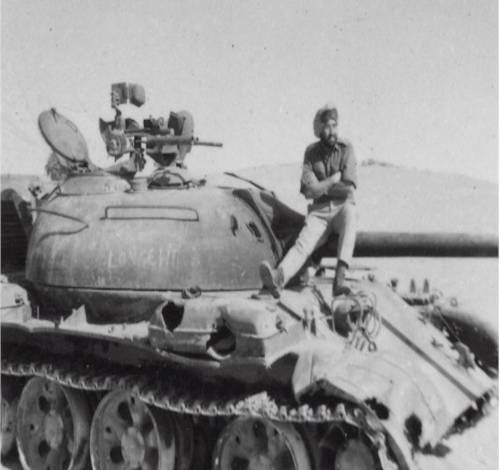 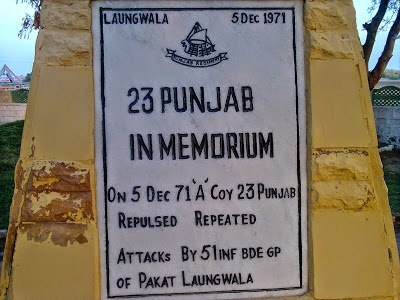 Longewala War Memorial is built in the city of Jaisalmer to remember the victory of 23 Punjab over Pakistani Army. Here in Longewala, Pakistani tanks captured Indian soldiers are put on display. For the visitors, a short documentary of 20 minutes is also displayed that brings the whole scenario live. In the screening of war, almost everything is displayed to the visitors about the war and its happenings.

This is the place that claims to compel the visitor to join Indian Armed Forces and serve the motherland till the last breath. For everyone who visits Jaisalmer once in their life, the Longewala War Memorial is the topmost place to visit.

On the way to the war memorial, you will visit the Longewala temple. This temple is also known as Tanot temple. The stories of 1971 India Pakistan war clearly says that the Tanot temple protected the soldiers during the war. This miraculous tale of this temple makes it a must to visit temple while visiting Jaisalmer.

A Glimpse of BORDER Movie (The Filmography of 1971 Longewala War)

The battle of longewala truth is that there were only 2 causalities from Indian Army which was shown to be highly dramatic in the film. The movie was directed to add flavor and interest for the viewers. Below is the Border movie star cast that played the role of renowned soldiers in Longewala battle.

Brigadier Kuldip Singh Chandpuri was the heroic leader of Battle of Longewala. At the time of Longewala war, he was designated as Major and was leading a company of 23 Punjab.

Major Chandpuri joined Officers Training Academy in 1963. He was awarded Maha Vir Chakra for his bravery and leadership in Longewala battle.

Mistake 1: Pakistan’s objective was to target Jaisalmer, not Longewala:

The Pakistani Army approached Indian to capture Jaisalmer. But they were informed of the presence of a company at Longewala. So, in search of enemy, the Pakistan army changed their route to Longewala.

The fencing was kept by BSF (Border Security Forces) to keep the camels within their premises. But Pakistan Army misleads it as the fencing with mines. For that, they start breaching the fence that wasted their 4 hours.

Mistake 3: No Attacking until fencing was crossed:

Until and unless fencing was breached completely, Pakistan Army wasted nearly 4 hours. But in this period, Indian Army holds the firing. Reason being, firing in night would have helped the Pakistani soldiers to track the location of Indian soldiers.

Indian army starts defending at 0430 hours in the morning, but at that time, Pakistan Army lost its moral and energy. After traveling to Longewala and then breaching the fence, a long time was wasted that results in low morale and energy loss.

Why Armed Forces Flag Day is Celebrated Every Year