The young naval officer Sub Lieutenant Atul Kumar Pawar becomes a role model for many of the youngsters with his act of kindness. One 24th of September, he met with an accident near Chalakudy in Thrissur district, where he was encounter severe head injuries. While he was rushed to the nearest hospital, he was attended by the expert team of doctors at Aster Medicity. Despite of keen efforts by the doctors, he was declared brain-dead on 28th of September. After the family got the news of the death of their son, they expressed their desire to donate their son’s organs to the needy in military services.

Soon after the death of Sub Lieutenant Atul Kumar Pawar, his parents contacted the National Organ and Tissue Transplant Organization (NOTTO). With the co-ordination of NOTTO team and a team of doctors headed by Dr T.K. Jayakumar, the heart of Atul will be transplanted to 50-year old Subramian Bhatt.

Apart from his heart donation, his 2-kidneys and healthy liver were also saved from the Young Naval officer. One of the kidneys was send to the Bengaluru via special Indian Air Force aircraft. One patient received the liver and kidney at Aster Medicity from the young naval officer Sub-Lt Atul Pawar.

The statement issued by Kochi says “In deference to the wish of the parents of the deceased officer to see a part of their son continuing to stay alive in the Armed Forces community, one of the donor’s kidneys was transferred to the naval base, Kochi from Aster Medicity hospital,”. 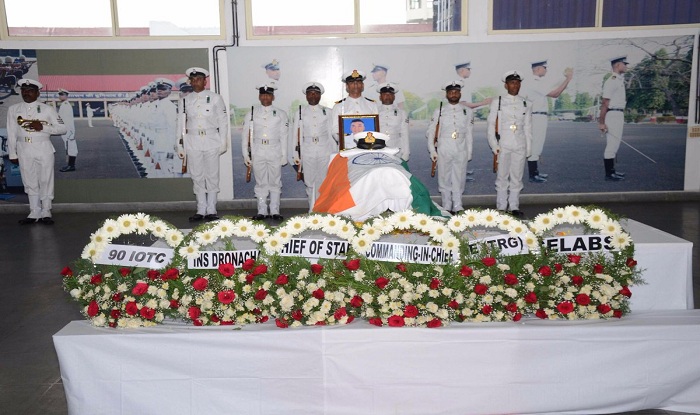 According to the statement of Press Information Bureau (Defense Wing) “The officer’s relatives, including his father, who arrived at Kochi on September 25 displayed exceptional moral courage, social responsibility and empathy and willingly consented to donate vital organs of the officer and in doing so, turned their grief into a noble gift of life for the needy,”.

Sub Lieutenant Atul Kumar Pawar was a resident of Panchkula, Haryana. He was an under trainee at INS Dronoacharya. He joined Indian Navy on 15th January 2015 as a Short Service Commissioned Officer. He was a B.E graduate who completed his graduation from Civil Engineering. He is followed by a younger brother Rajbir Singh Pawar and his parents. Currently he was posted at Southern Naval Command.

Final Verdict: This is not the first case when we have lost our young soldier. Months back, we lost two of our under-training Gentlemen cadets during a routing run at IMA. One of the cadets Deepak Sharma died of exhaustion during the regular physical routine. During that routine run, six other cadets were fainted who were later admitted to the private hospital in Dehradun. Later on second day, 23 year old IMA cadet Navin Chhetri died.