Why Do India Celebrate ‘Vijay Diwas’ On 16th December

Every year, on 16th December, Vijay Diwas is celebrated to remember the victory of Indo-Pak 1971 war. Along with that, the martyrs who sacrificed their lives in 1971 Bangladesh Liberation War are also commemorated. Similar to the Vijay Diwas, the Kargil Vijay Diwas is also celebrated on 26 July to recall the sacrifice of all the brave soldiers who were martyred in the 1999 Kargil war.

On 16th December, the Pakistan Army lost the war and as a result, Bangladesh resulted as a new country. Before that, Bangladesh was considered to be a part of Pakistan that was called as East Pakistan.

Since the partition of India and Pakistan in the year 1947, there was a dispute between Indian and West Pakistan in concern to East Pakistan. Before the 1971 war, the non-Muslims living in West Pakistan (current Pakistan) were targeted that caused the Indian Army to get involved and resulted in the liberation of Bangladesh as a new country. The war between India and Pakistan continued for 13 days which ended on 16th of December 1971. On 16th December, nearly 93000 Pakistani soldiers surrendered in front of Indian Army that called to the end of the war and the freedom of Bangladesh from Pakistan.

The India Pakistan 1971 war was started on 3rd of December when Pakistani Airforce attached Indian Airbases. Indian troops were only having the option to respond them equally. But Pakistani Army was unable to stand well in front of Indian Army and finally surrendered after 14 days of the war.

During this war, Field Marshal Sam Manekshaw was handed over the responsibility of this war and he showed is incomparable skills that lead to the victory of India.

There was not a single reason that leads to this big battle between the two countries. This starts with the failure of democracy in Pakistan, in December 1970. Later Pakistan begins to build its military in East Pakistan. For that, General Yahya Khan left for Karachi and Gen Tikka Khan’s troops started building military in Dacca and other cities of East Bengal.

Along with the Hindu majorly were being tortured that caused them to move towards India. A massive refugee count was witnessed in India that becomes a major problem for the Indian economy. So, to tackle the situation, it becomes mandatory for the Indian troops to work for peace and security of the country.

To make the situation even worse, a special campaign ‘hate India, Crush India’ was officially initiated by West Pakistan that adds more to the conflict of India Pakistan. On 25th of November, the President of Pakistan, Yahya Khan officially declared that they are just a few days away from the war against India.

How Vijay Diwas is celebrated by Armed Forces [Pictured Below]:

There are multiple functions organized at different locations of the country to celebrate 1971 Vijay Diwas. 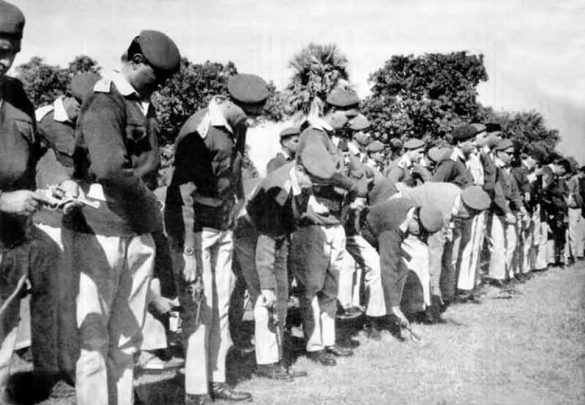 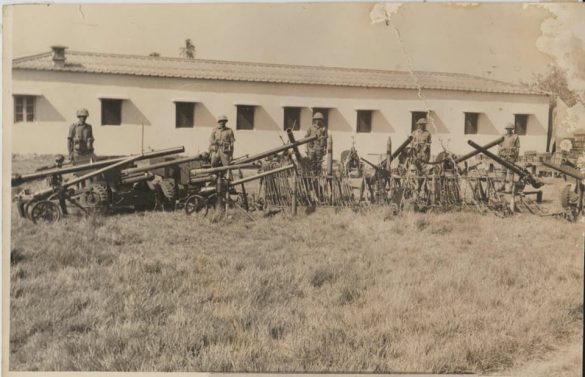 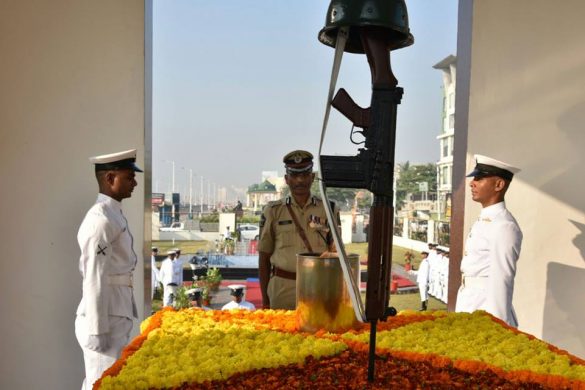 First War after World War II: After attending World War 2, Indian army faced the battle of 1971 as the first war which it won conclusively. After that many more battles were held where Indian Army won over the others.

Indians Were Tortured in East Pakistan: Before the war of 1971, the people of East Pakistan (now Bangladesh) faced high level or torture that includes rape, killing, and misbehave. Here majorly Hindu community was tortured by the Pakistanis.

Victory Day for Bangladesh: On 16th of December, it was not only the day when India defeated Pakistan, but Bangladesh also got freedom and become an independent country. Since then, this day is celebrated as Victory Day in Bangladesh and Vijay Diwas in India.

So, how many of you actually know the importance of 16 December Vijay Diwas? Drop your opinion in the comment section below.

All About Tour of Duty – Join Indian...