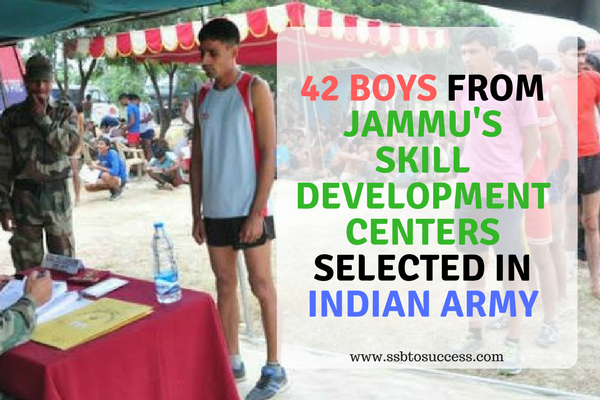 Recently, about 42 candidates of Jammu’s Skill Development Centers was selected in the Indian Army. The total sum of 62 candidates has been selected among the 6 skill development centers inaugurated in Jammu in the recent past.

The selection was made under the recruitment rally in Akhnoor by the Directorate of Military Recruitment. A total strength of 127 was trained by the border centers out of which 42 made it to the Indian Army final merit list.

Prior to this, 72 candidates have already been selected in distinct forces different centers of Jammu. This has made the total selection strength to 114.

What is Skill Development Centre?

In December 2016, PM Narendra Modi inaugurated the first ever “Pradhan Mantri Kaushal Kendra” to offer Skill Development training to the unemployed youths and plant them in different job sectors.
In Jammu, the Skill Development Training center was started with the motto to transform the skilled landscape of the state.