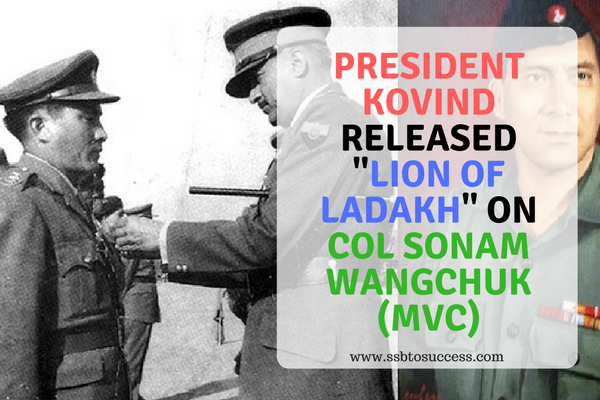 Somewhere in the freezing mountains of Kargil is a warrior and his men. At 18,000 ft where the thin air makes breathing ragged, every step an ordeal, Major Sonam Wangchuk, 35, and his band of 30-odd soldiers from the Ladakh Scouts are entering the realm of legend. In the close-knit society of Ladakh to which he belongs, they talk in hushed tones of their son. And in his army, they talk in awe of his battle prowess.

On one of the world’s most brutal battlefields, his colleagues and officers say, Wangchuk has captured a vital mountain ridge in the Chorbat La sub-sector near Batalik, giving the army a foothold that it desperately needed. They’ve gone over the mountain tops and now directly face the Pakistani side of the LOC.

“Thanks to his heroic action, we are sitting bang on the loc in Chorbat La,” says a Ladakh Scouts officer. For over a week now Wangchuk and his men – cut off from the world except for their wireless and living off survival rations – have snapped shut a crucial infiltration point. Wangchuk is now being recommended for the Maha Vir Chakra, his fellow JCO and six other jawans, gallantry medals.

On May 26, when Wangchuk got his orders, he promised his son he would return for his birthday on June 11. Given his battle experience in the Siachen glacier, Wangchuk was the obvious choice for the assault. Two days later he was asked to capture an 18,000-ft high ridge just inside the Indian side of the LOC. Glacial and rocky, with days warming to minus 6 degrees Celsius, the mountain with its 80-degree gradient was a test even for skilled mountaineers.

Information filtering in over wireless dispatches from the loc describe how while leading a platoon (36 men) and supported by artillery fire from the rear positions, Wangchuk was negotiating an ice wall in the dead of night on May 31 when he heard sounds of picks and hammers on the other side of the ridge facing Pakistan. He quickly flashed a wireless message to the rear.

Wangchuk and his men made it to the ridge top in three hours under heavy fire by Pakistani troops from the flanks. The mountains rang with the Ladakh Scouts’ war cry, “Ki Ki So So Lhargyalo” (The gods will triumph), as the superbly fit Wangchuk – he was a top athlete at Delhi’s Modern School – led his men towards the brutal enemy-held cliffs. From there they spotted a group of intruders trying to scale the ridge from the Pakistan side.

Wangchuk told his men to hold on till the enemy came within firing range. Four intruders were killed in the gun-battle. Wangchuk and his column had foiled a major infiltration attempt. The soldiers then retrieved the bodies of the intruders who turned out to be Pakistani Army regulars. Next day, Wangchuk led the charge to clear the heights and return to India the commanding positions that the intruders wanted so desperately to occupy.

The Ladakh Scouts are particularly being used for the battle in Kargil because of their natural acclimatization to a frigid desert of a war zone where plains people with their lower blood-oxygen levels find it difficult to breathe. By all accounts, Wangchuk is an extraordinary soldier, a contradiction even. “We could never imagine he could even hurt a fly,” recalls Pintoo Norbu, a hotel owner in Leh who knows him. The son of a paramilitary soldier, Wangchuk is a deeply religious Buddhist – before going to battle he and some of his men went to the Dalai Lama, who was visiting Leh, to seek his blessings – soft spoken and scrupulously polite.

But that gentleman’s exterior hides the tough interior of an officer the army is proud to showcase. For now, his family is secondary. On June 8, Wangchuk’s wife requested his unit to allow him three days’ leave to attend his son’s birthday. But the army commander reluctantly told her that her husband was “required elsewhere” – up there in the mountains, where Wan Wangchuk’s war isn’t done yet

For all the viewers, this video is really going to be the best motivational movie you have ever watched. The bravery and valor of our soldiers will make you feel proud.