On 10th March 2018, The Officers Training Academy Chennai witnessed the Passing out Parade of 255 Gentlemen Cadets who were undergoing training since last 49 weeks. Out of them, there are 196 gentlemen Cadets along with 37 Lady cadet who was commissioned in the Indian Army. There were a few foreigner Cadets too in the training that includes 2 Gentlement cadets from Bhutan, 9 GC from Afghanistan and 8GC from Tajikistan. With the completion of their training tenure and the last step at “Antim Pag”, they will be posted in their respective armies for future responsibilities.

About OTA Passing Out Parade (POP):

The passing out parade is conducted twice every year when numerous cadets are commissioned in Indian Army. The POP starts from Parameshwaran Drill Square that ends with the Final Step, renowned as “Antim Pag”. The Passing out parade is held to the tune of ‘Auld Lang Syne’ that makes the Gentlemen cadets to take step by step forward towards a new and challenging life ahead.

On this prestigious occasion, most of the parents attend the OTA Chennai POP to visualise their sons and daughters with the discipline and responsibility on their shoulders. This is the first time in the Indian history when lady cadets have honored the top awards during the passing out parade. This time at OTA Chennai Passing Out parade, the Sword of Honor was awarded to Academy Cadet Adjutant Preeti Chaudhari whereas Senior under Officer Vreeti was awarded the silver medal.

Both the lady cadets hail from Haryana and out of the 255 cadets (including men and women) they both move out with the best ever performed during the OTA training and hence achieved the highest award of Officers Training Award. SUO Vreeti before joining OTA as a Lady cadet was working in Japan as a Design Engineer, but her passion to serve the country made her join Indian Army as a commissioned Officer.

Pictures of OTA Passing Out Parade: 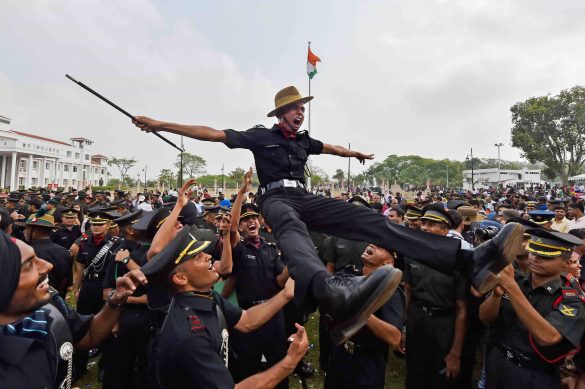 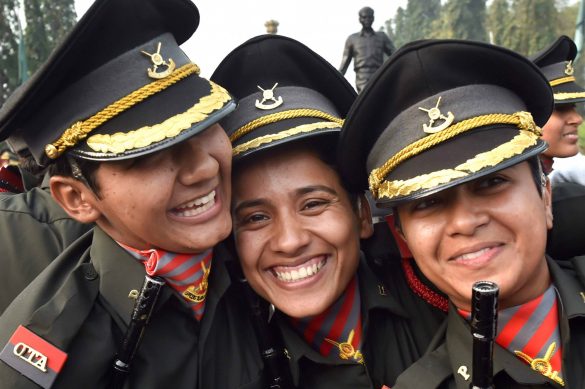