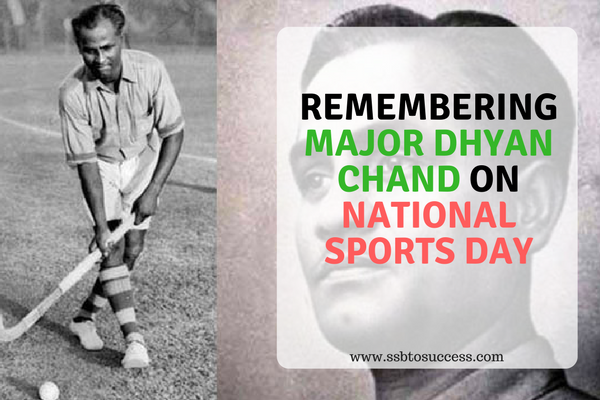 What comes to your mind when you see hockey in any of the books or online article?

He is none other than Major Dhyan Chand.

Major Dhyan Chand is also renowned as the Magician of Hockey. His unbelievable skills was always a surprise and mystery for every viewer. During the match, most of the time, the opponents used to sit like silent ducks and watching him as the only person playing on the ground and scoring continuous goals for his team.

He played an important role in winning three consecutive Olympics gold medals in 1928, 1932 and 1936. Because of his God gifted skills and die-hard dedication towards hockey, his birth date i.e. 29th August is celebrated as the National Sports Day all over the country.

Below are some of the interesting facts that you all must know about Major Dhyan Chand and take him as your idol.

There are many more interesting facts that will make you feel proud about Major Dhyan Chand. What are the other facts that you would like to add about this Magician?