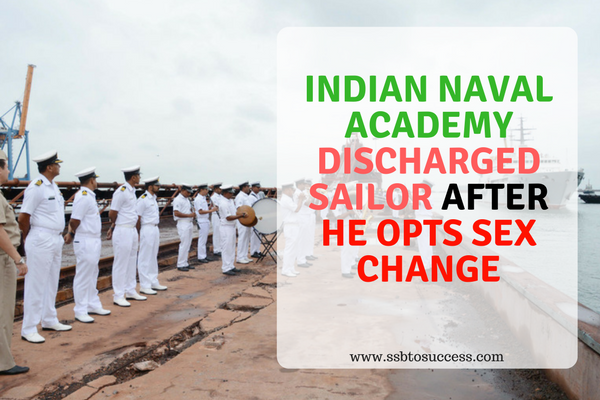 A sailor of Indian naval academy recently came under limelight as he (now female) undergone the sex change. After the news investigated by the Navy, he (the sailor) has been discharged from his services under SNLR (Service No Longer Required) provision.

This is the first even case of sex change ever encountered in the Indian defense forces. According to the sources, the sailor underwent surgery somewhere in Nov-Dec, last year. Later, he returned to the Visakhapatnam INS base quietly.

Reason 1: Navy has recommended her (the sailor) to discharge from his current services. They have given the reason of not following the rules and regulations of the Academy. The female-turned sailor joined Indian navy seven years ago when he takes the oath to follow all the terms and policies given by the Navy. However, with this act, the orders and rules have been disobeyed which results into his premature discharging.

“There is no specific rule or regulation to deal with such sex-change operations or transgender people in the armed forces. After many deliberations, a show-cause notice, a medical examination and other proceedings, the Navy has decided she cannot continue as a sailor in the force,” a source said.

The sailor joined Indian Navy seven years back. During the service, he married and now had a child. According to the sailor, he feels to have women trapped within the body of men because of which he opted the sex change.
After getting discharged, he will not be provided any pension as it’s mandatory to serve at least 15 years before being eligible for the pension.
Coincidentally, last week, US President Donald Trump signed a memo to ban the transgender candidates to join US armed forces.