In the list of commissioned candidate, Swati Mahadik was one of the eldest officers to join Indian Army. She has served a big example for many of the youngsters. Lt. Swati Mahadik is the widow of Martyr Colonel Santosh Mahadik.

Who was Martyr Colonel Santosh Mahadik?

On 17th of November 2015, Colonel Santosh Mahadik who was the commanding officer of 41 Rashtriya Rifles was leading a search party along the Line of Control (LOC). During this, he met with unexpected fires from the militants who were hiding in the dense forests of Haji Naka. 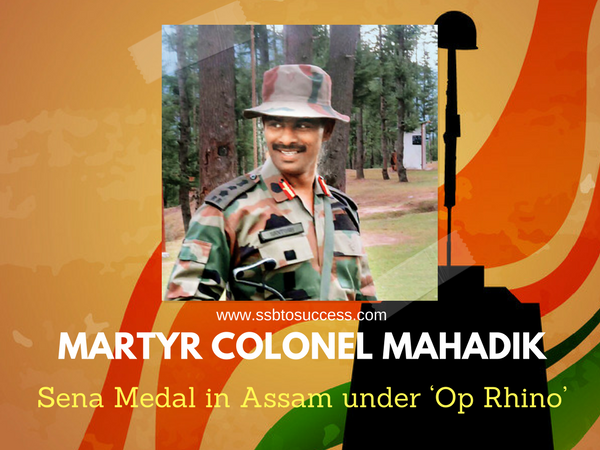 The search party was a part of search operation which was started on 13th November to flush out the terrorist which were suspected to be Lashkar-e-Taiba’s members. When the search party of Colonel Santosh Mahadik faced the terrorists, they chased them deep into the forest during which, Colonel Santosh faced fatal injuries. As a result, he lost his life in the battle.

Colonel Mahadik diet at the age of 37 and he was followed by his wife Swati Mahadik along with two children. At that time, the Government of India assured every possible help for the family of Colonel Santosh.

Who is Swati Mahadik?

On the OTA Passing out Parade, Lt. Swati Mahadik broke down soon after crossing the Final Step. She is the wife of Martyr Colonel Santosh Mahadik, who laid his life fighting against the militants in Kupwara district.

Lt. Swati Mahadik made her two children proud. Not only this, her mother-in-law, Kalindi Ghorpade was also proud of her.

Even being from Pogarwadi village, Lt Swati Mahadik finds her way to continue the job which her husband was actually serving until November 2015. After the death of Colonel Santosh Mahadik, Swati showed her interest in joining Indian Army. But as she crossed the age limit, she approached Indian Army, and Ministry of Defense to assist her.

With the approval from Indian Army as well as Ministry of Defense, she was allowed to continue her career and hence give her age relaxation.

She shifted her children to boarding schools after which she attended the SSB interview and got recommended. During the OTA training, she underwent vigorous training and at last commissioned from OTA. Lt Swati Mahadik has been commissioned in Army Ordnance Corps.

Along with Lt. Swati, Lt. Nidhi also joined Indian Army, who was the widow of Naik Mukesh Dubey, who died of heart attack.

About OTA Passing Out Parade on 9th September 2017

The OTA Passing out Parade was held in Chennai on 9th September. The cadets march from Parameshwaran Drill Sware until they cross the “Final Step”. The Final Step is actually their First step towards their career in Indian Army.

Here are the highlights of OTA POP 9th Sept:

Lieutenants Nidhi and Swati Mahadik were the point of attraction during the Passing out Parade. They both lost their partners. They said that joining Indian Army was their own Love.

How to Prepare for CDS Written Exam [Recommended Books Inside]